Hundreds of Abandoned Lobster Traps to Be Removed in Joint Cornell Cooperative Extension of Suffolk County, Friends of the Bay and Town of Oyster Bay Project

13/30/21
Hundreds of abandoned and derelict lobster traps that continue to catch and kill marine life in Long Island Sound off Oyster Bay will be removed over the next year by Cornell Cooperative Extension of Suffolk County (CCE) in partnership with Friends of the Bay (FOB) and the Town of Oyster Bay.
A $115,841 grant will fund removal of derelict lobster gear from 18 square miles between New York and Connecticut. About two thirds of the traps to be removed – probably more than 600 – are off Oyster Bay and the remainder will be removed off the Connecticut shore.
When all of the arrangements are finalized, hopefully by early next year, the traps located off Oyster Bay in a side-scan sonar survey arranged by FOB will be removed by a lobstermen hired by CCE and monitored by its employees to make sure they are eligible for removal under the terms of the organization’s permit from the state Department of Environmental Conservation. FOB’s remote drone camera may be used to survey the traps before they are brought to the surface to expedite the project.
The traps will be collected in 20 trips and brought to shore in Oyster Bay to be stored by the Town of Oyster Bay at a site to be determined for a month to allow any fisherman who lost the gear to reclaim it before it is recycled.
The project is one of 39 totaling $5.4 million to be funded by the National Fish and Wildlife Foundation to enable environmental improvements around Long Island Sound.
The genesis of the project was a side-scan sonar survey that volunteer Ben Roberts of Amagansett, founder of Eastern Search & Survey, conducted for FOB in September 2020. Where there is a dropoff in depth to 60 or 70 feet, his equipment identified more than 700 targets which may be abandoned and/or illegal traps in the Sound east and west of Lloyd Point off the entrance to Oyster Bay and Cold Spring Harbor.
CCE said in a statement that it “is grateful for the support from The National Fish and Wildlife Foundation's Long Island Sound Futures Fund as it ensures that our critical work to protect and enhance the environment continues.  This funding enables our experts to work to restore the health of the Long Island Sound by removing floating debris and derelict lobster gear that negatively impact our waters and a once thriving lobster industry.”
FOB President Bill Bleyer said that “this project will have a positive impact in solving an environmental problem that few people realize exists. These abandoned traps continue to attract and ultimately kill a large amount of marine life.”
Oyster Bay Town Supervisor Joseph Saladino stated that “the removal of these ghost traps from Long Island Sound is a vital project for the health of the marine environment. We are happy to offer our resources in the spirit of teamwork to recycle and discard these abandoned traps.”
Riverhead-based CCE has been conducting a trap removal project on the North Shore of Long Island for 11 years. By partnering with commercial lobstermen with local knowledge, they are able to go out on the Sound and grapple for traps that have been lost and have no buoys. They have recovered more than 20,000 traps so far. Once brought to the surface, they are checked for live organisms, and transported to land where they are temporarily stored for a month at local municipal sites. During that time, CCE, with help from the state DEC, attempts to contact any fisherman with identification tags remaining on the traps to see if they want them back. Through cooperative agreements, unclaimed traps are compacted by the local municipality and then loaded into receptacles donated by a metal recycling company. All non-recyclable debris is taken by Covanta Energy to be used through their waste-to-energy program. Occasionally waste traps have been used by artists for marine debris art installations. 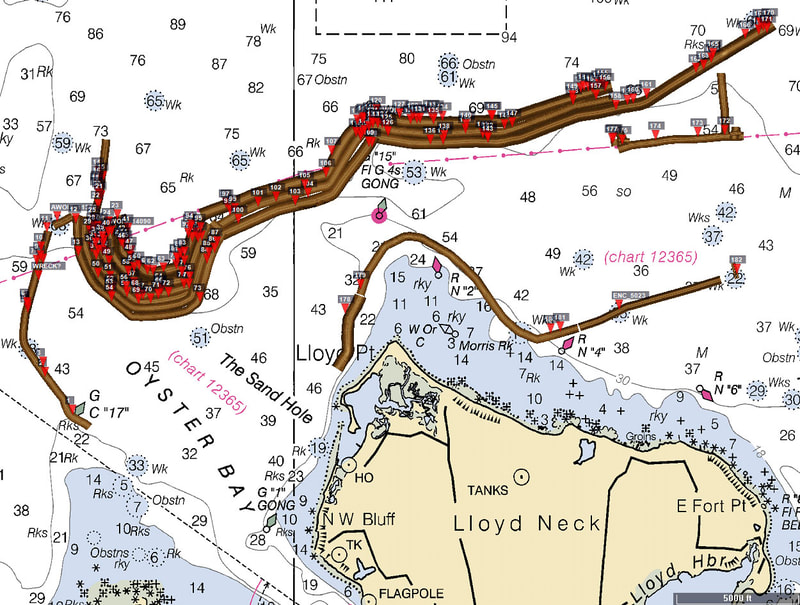 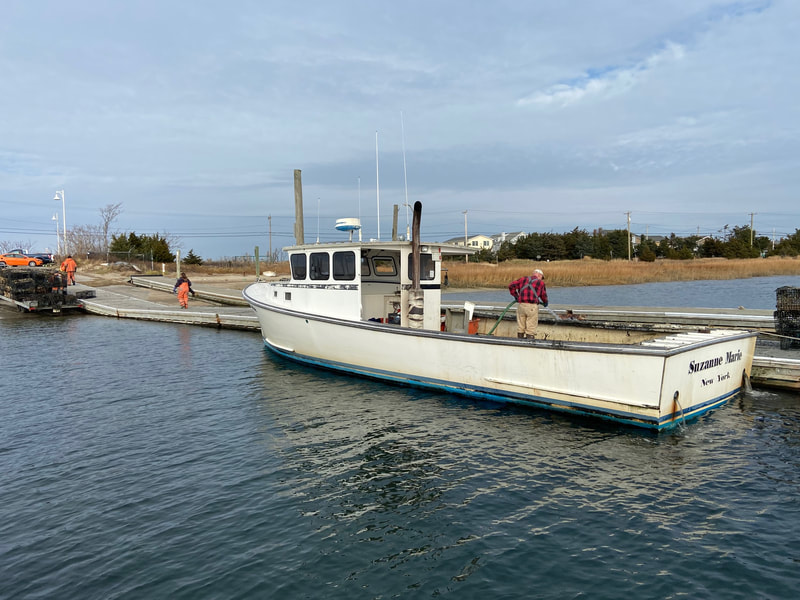 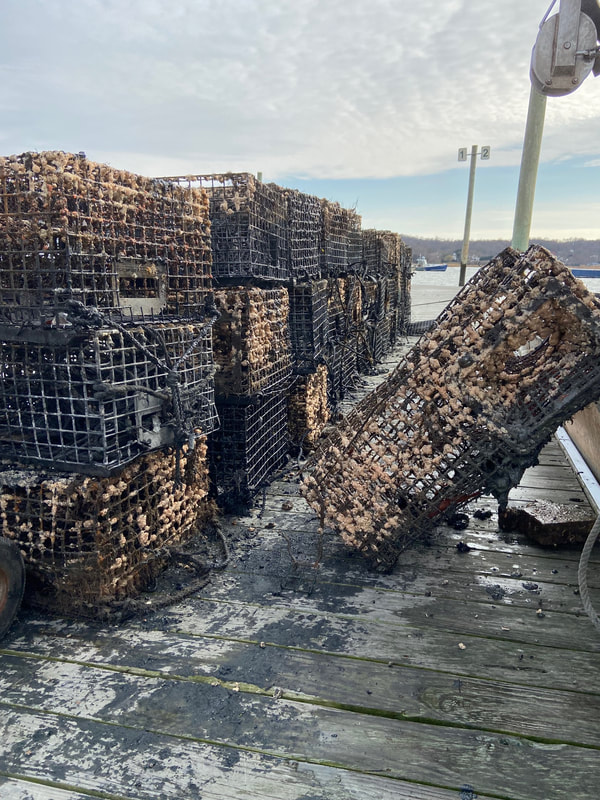 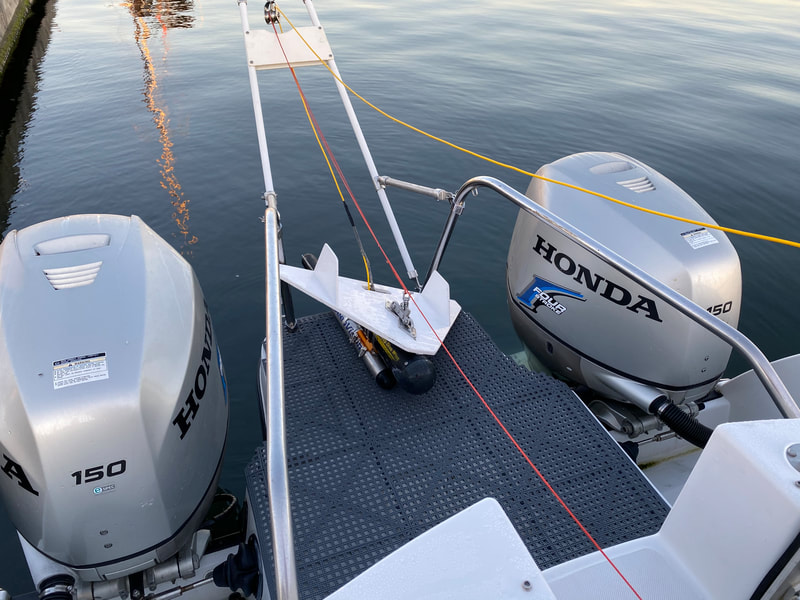 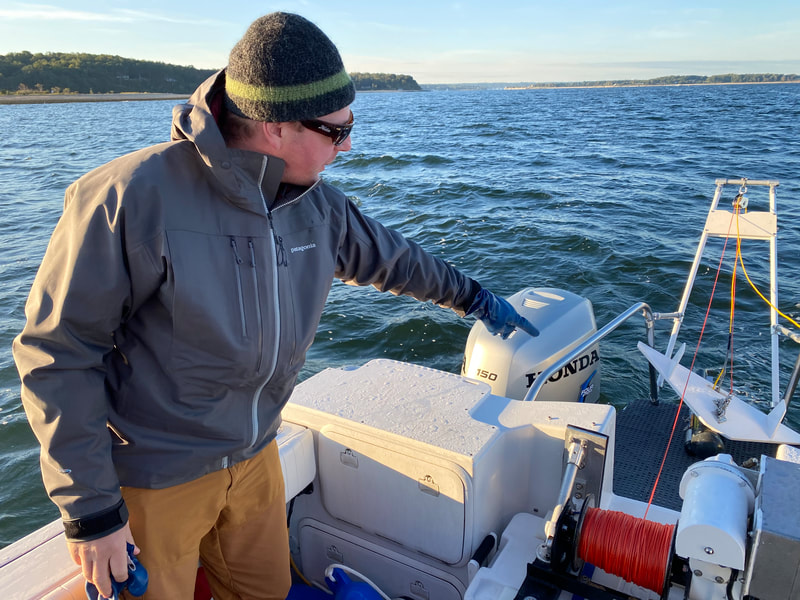 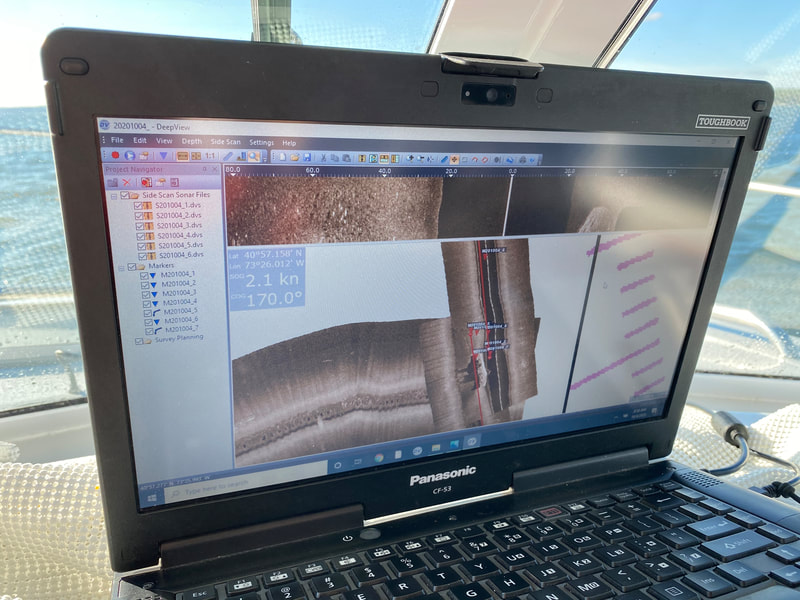 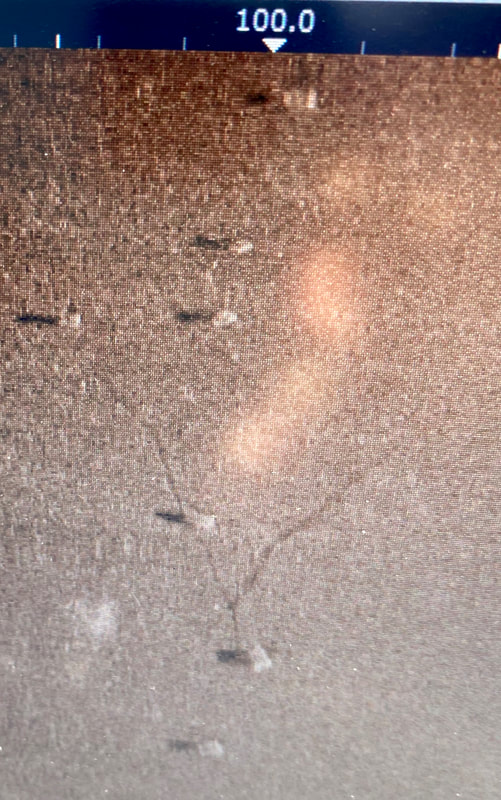 Efforts to Mitigate a Decline in Shellfish
​Faciliated by Federal Grant ​

On November 13th, Friends of the Bay partnered with the Oyster Bay Main Street Association to sponsor a cleanup of South Street in Oyster Bay. An enthusiastic group of volunteers helped collect numerous bag of litter from the surrounding area. 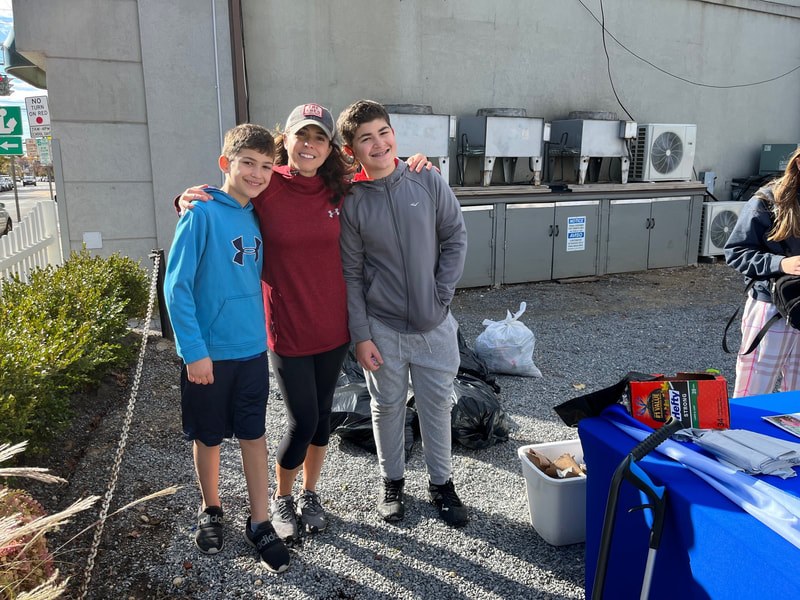 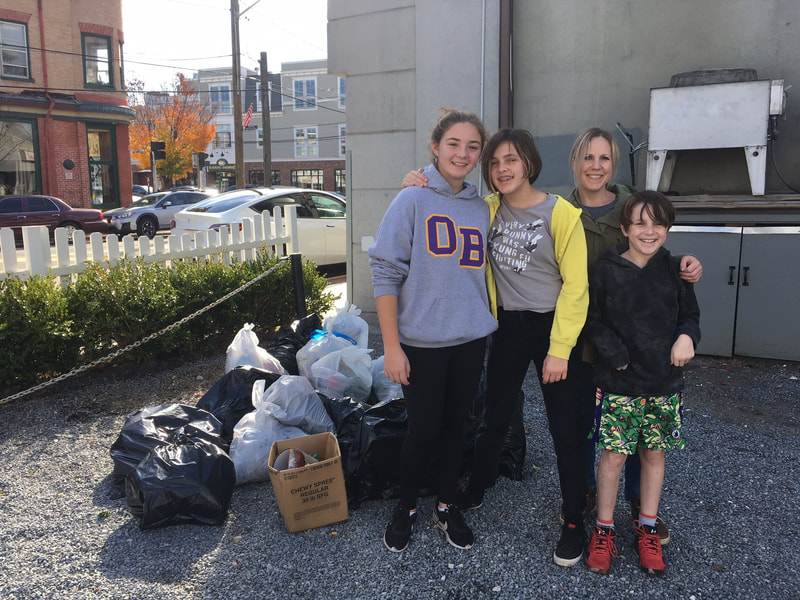 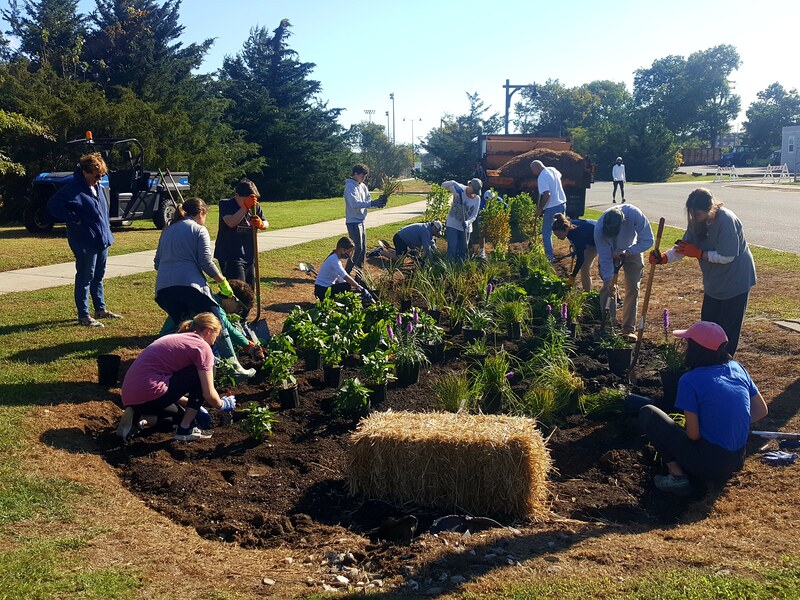 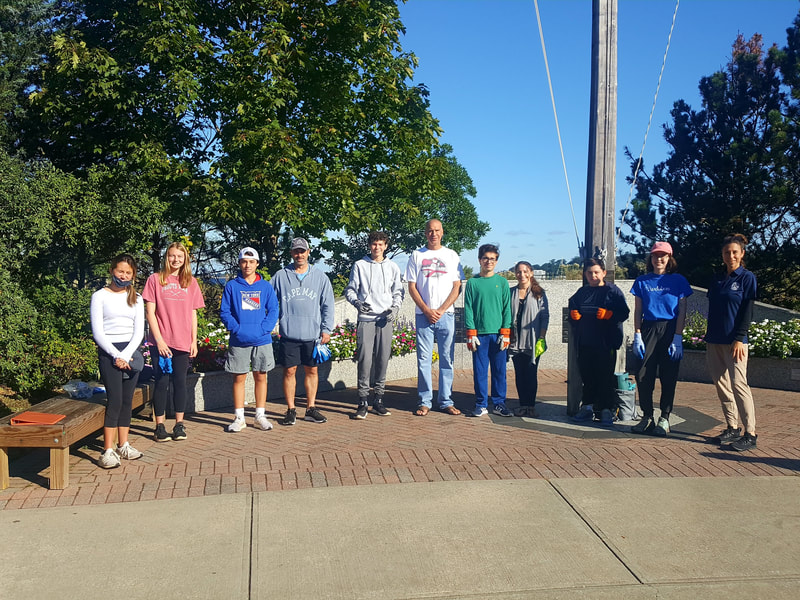 ​​September 18th, 2021
Thank you to our volunteers for participating in the cleanup of Stehli and Centre Island Beaches on September 18th.  This cleanup was hosted in partnership with the T.R. Sanctuary and Audubon Center and many volunteers from local schools and organizations.  A special thank you to Troop #3450 from Plainview for your big effort. 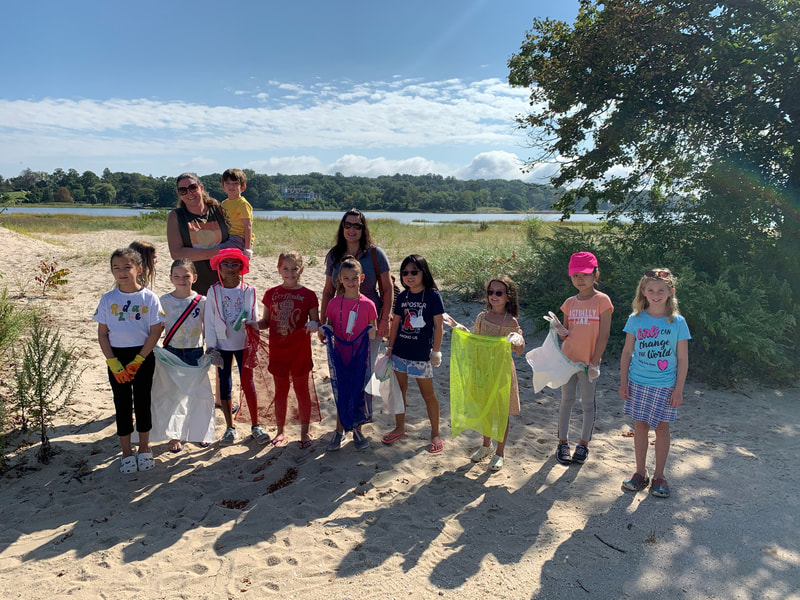 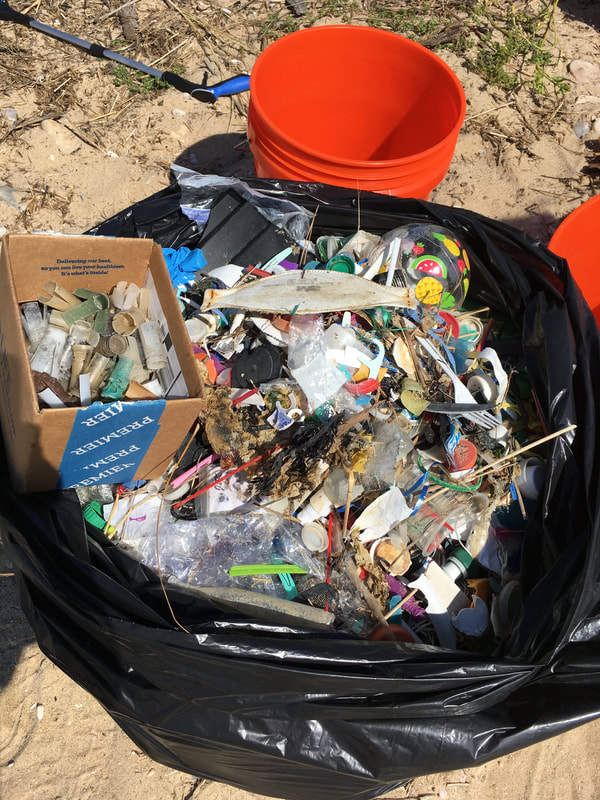 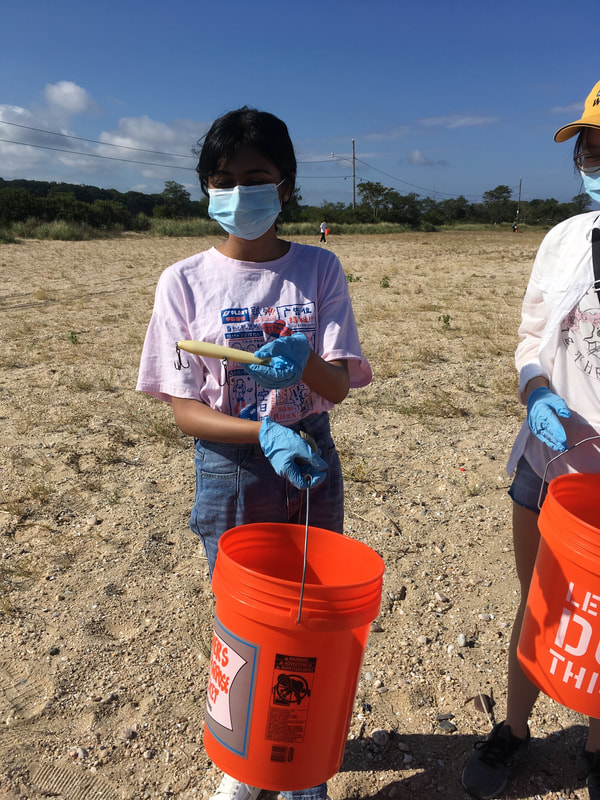