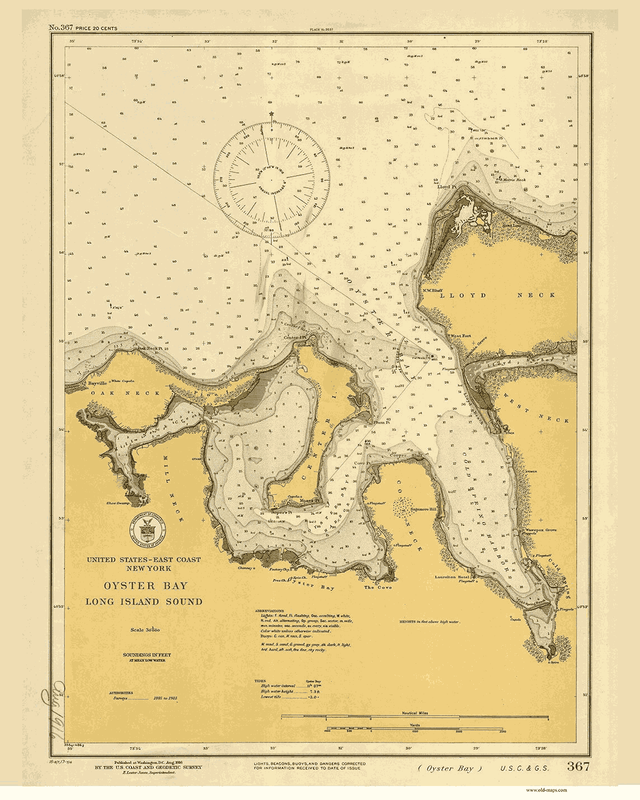 The area including the Oyster Bay/Cold Spring Harbor Complex watershed was purchased by colonists from the Native Americans in 1653, with the exception of Lloyd Neck and Centre Island, which were not purchased until 1664 and 1665, respectively. The Oyster Bay/Cold Spring Harbor waterways have attracted merchants and colonization throughout the centuries. During the 17th century, common occupations were related to maritime activities, such as boat builders, carpenters, innkeepers, shipwrights and surveyors. The clay deposits on Centre Island began to be used for brick-making. Commerce and populations increased through the 18th century. By the mid-19th century and the invention of the steamboat, Long Island Sound became a popular summer vacation resort destination (McGee, 1997).

The Oyster Bay/Cold Spring Harbor Complex is the cleanest estuary in western Long Island Sound and is a vital ecological, economic, and recreational resource. The approximately 6,000-acre estuary, spanning approximately 40 linear miles of shoreline, is the site of one of the most economically important shellfisheries in the State, contains a National Wildlife Refuge, State-designated Significant Coastal Fish and Wildlife Habitats, and has been identified by New York State as an Outstanding Natural Coastal Area. Moreover, the Oyster Bay/Cold Spring Harbor Complex is connected to Long Island Sound, an Estuary of National Significance. Oyster Bay is among the 30-plus areas highlighted by the Long Island Sound Study Stewardship Initiative, in New York and Connecticut, for the ecological and/or recreational values that they support.
The Oyster Bay/Cold Spring Harbor estuary and its watershed have been facing increasing challenges in recent years. Illegal dumping and polluted stormwater threaten water quality, development pressure is reducing the amount of open space and increasing impervious surfaces in the watershed, and man-made dams and culverts inhibit fish passage along streams. Portions of the Oyster Bay/Cold Spring Harbor watershed are located within the Oyster Bay Special Groundwater Protection Area, designated a Critical Environmental Area by the NYSDEC. The Oyster Bay Special Groundwater Protection Area is one of two such state-designated areas in Nassau County for the purpose of maintaining open space for aquifer recharge. The watershed also contains the West Hills Melville Special Groundwater Protection Area in Huntington, another important protection area for drinking water supply. Ongoing development, intensification of land use, and everyday activities within the watershed has the potential to adversely impact groundwater and public drinking water supplies.
​Most of the waters of Oyster Bay are classified with the highest and best water quality determination for shellfishing – an unusual distinction given its proximity to New York City and the fact that the harbors to the west have been closed for several decades. The detrimental impact of degraded water quality on shellfishing in the estuary complex is evident as Oyster Bay Harbor, Mill Neck Creek, and its tidal tributaries are among the 69 waterbodies on the New York State list of impaired waters for shellfish harvesting, and the NYSDEC has decertified all shellfish harvesting areas in Mill Neck Creek and some shellfish harvesting areas in Oyster Bay.
- Oyster Bay/Cold Spring Harbor Watershed Action Plan, Executive Summary​