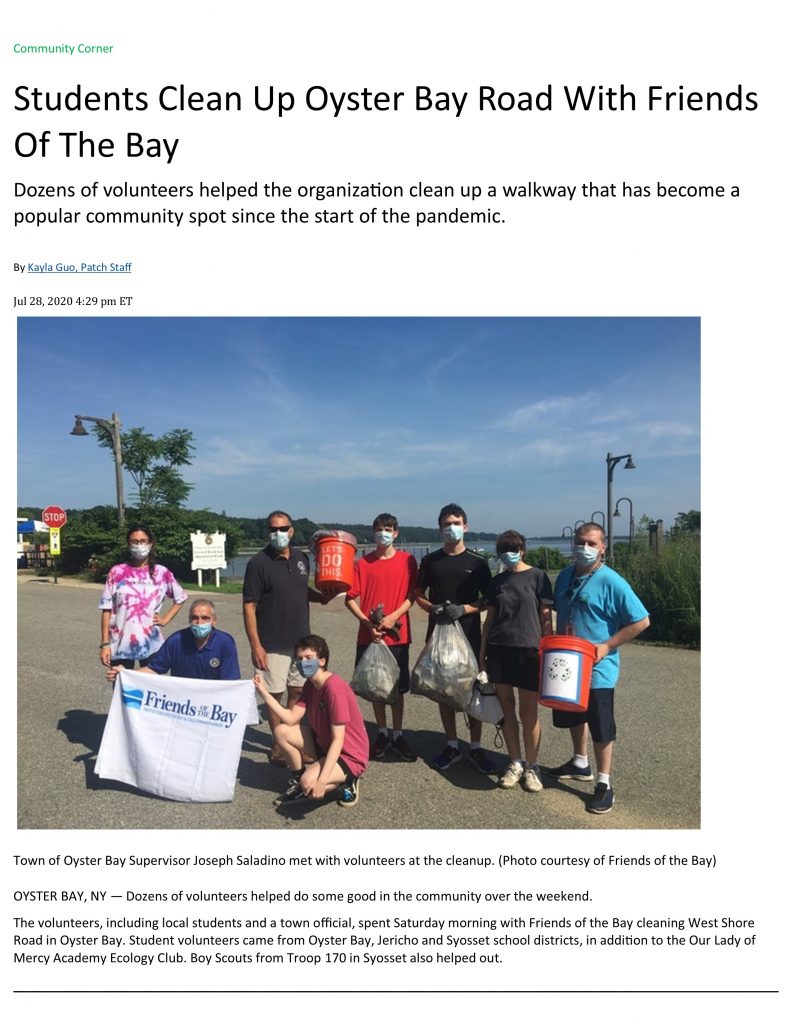 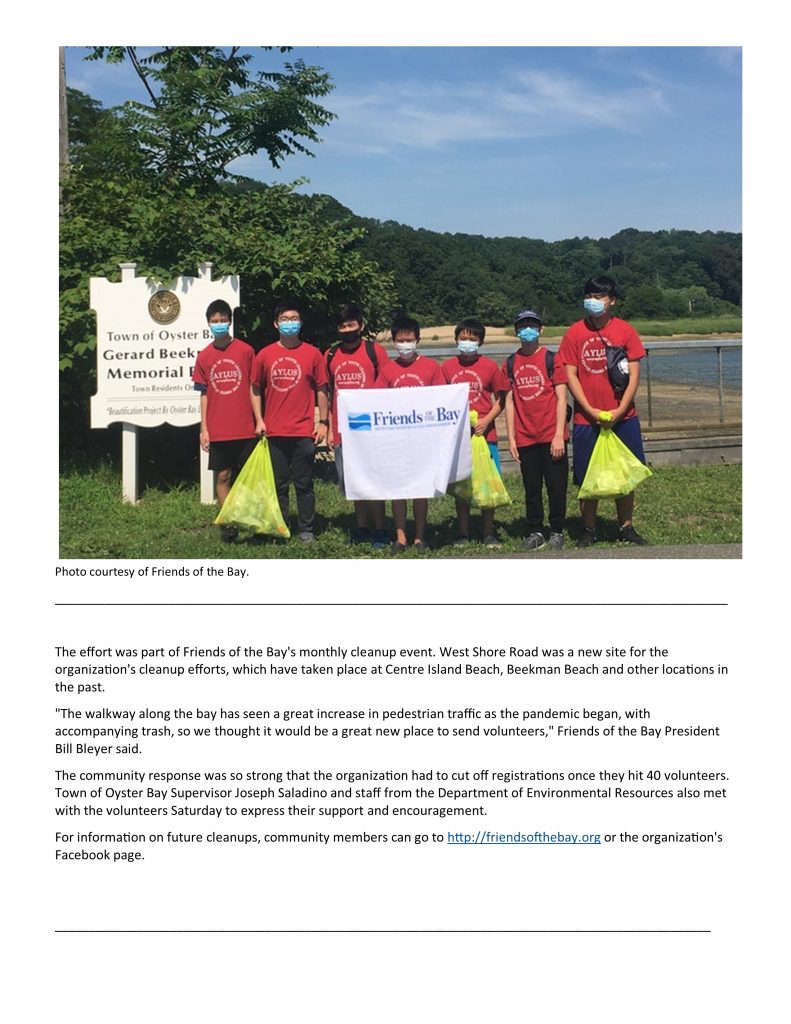 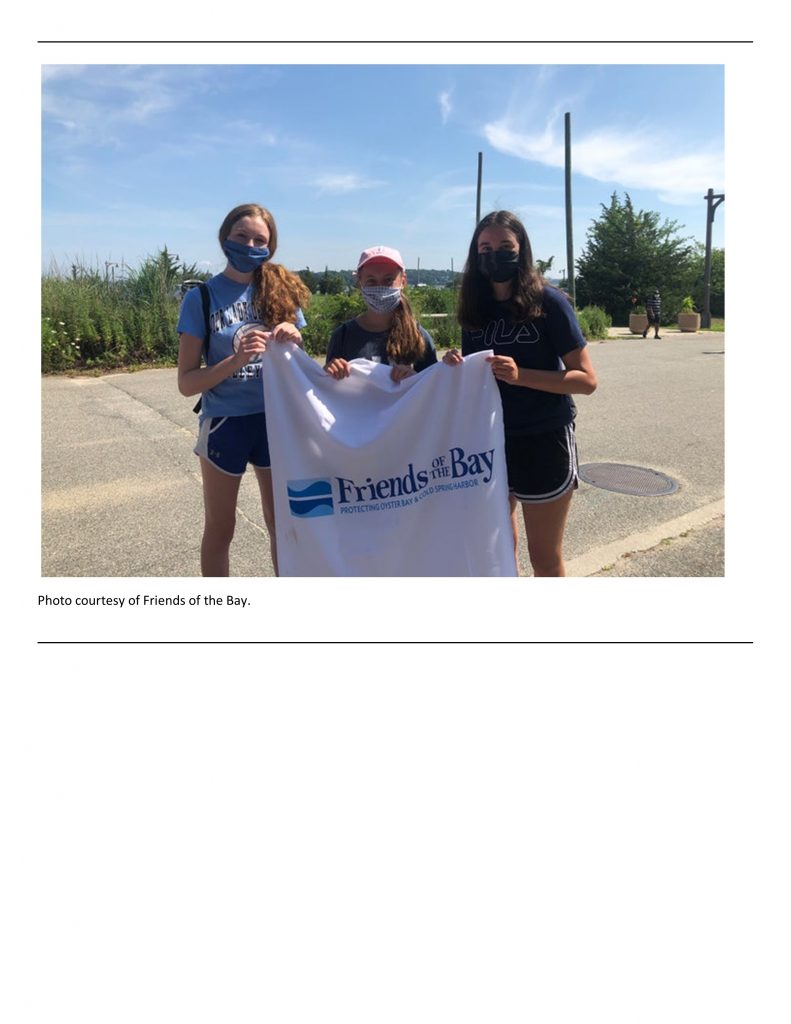 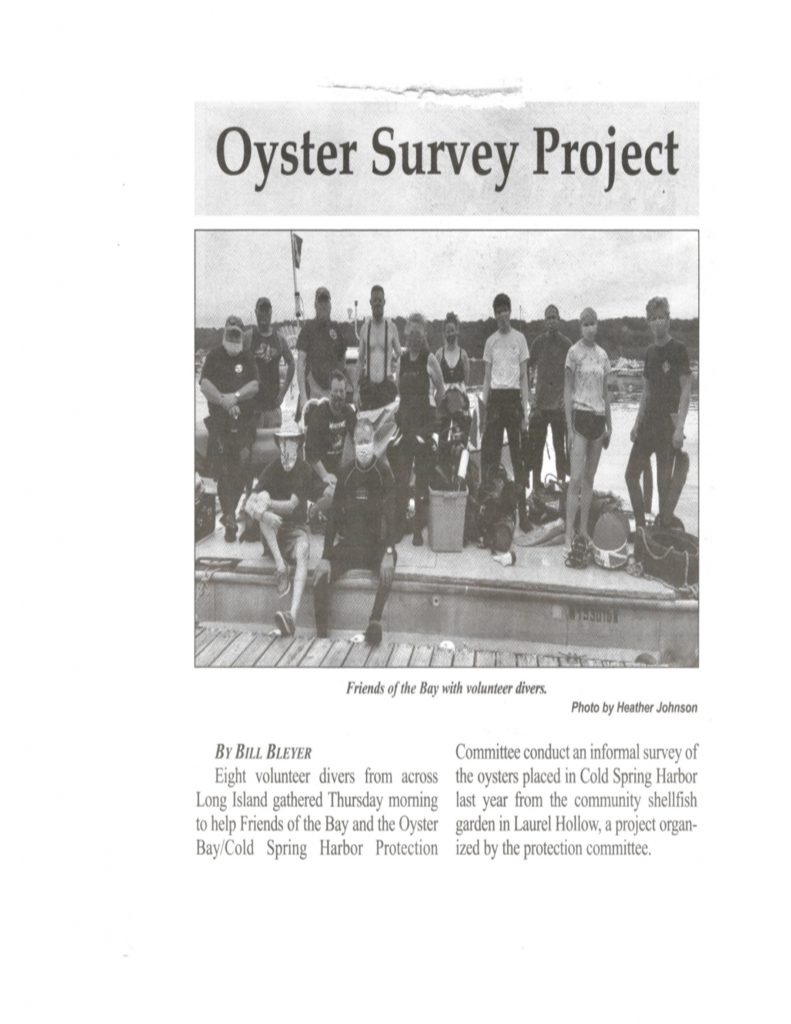 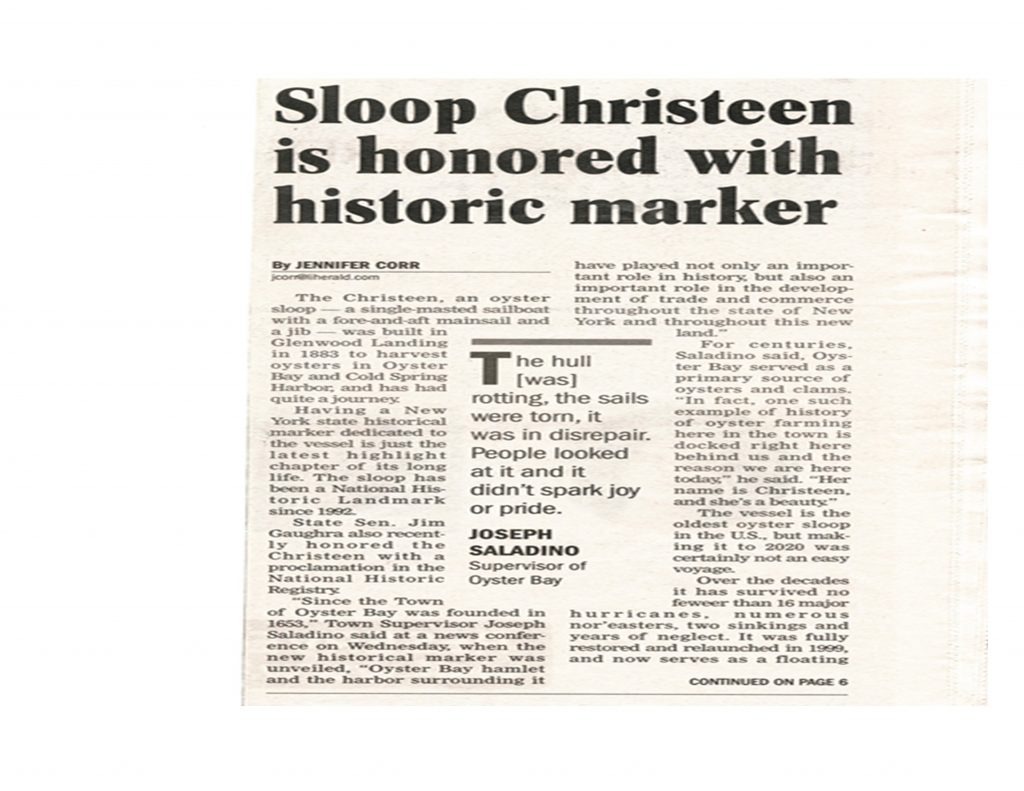 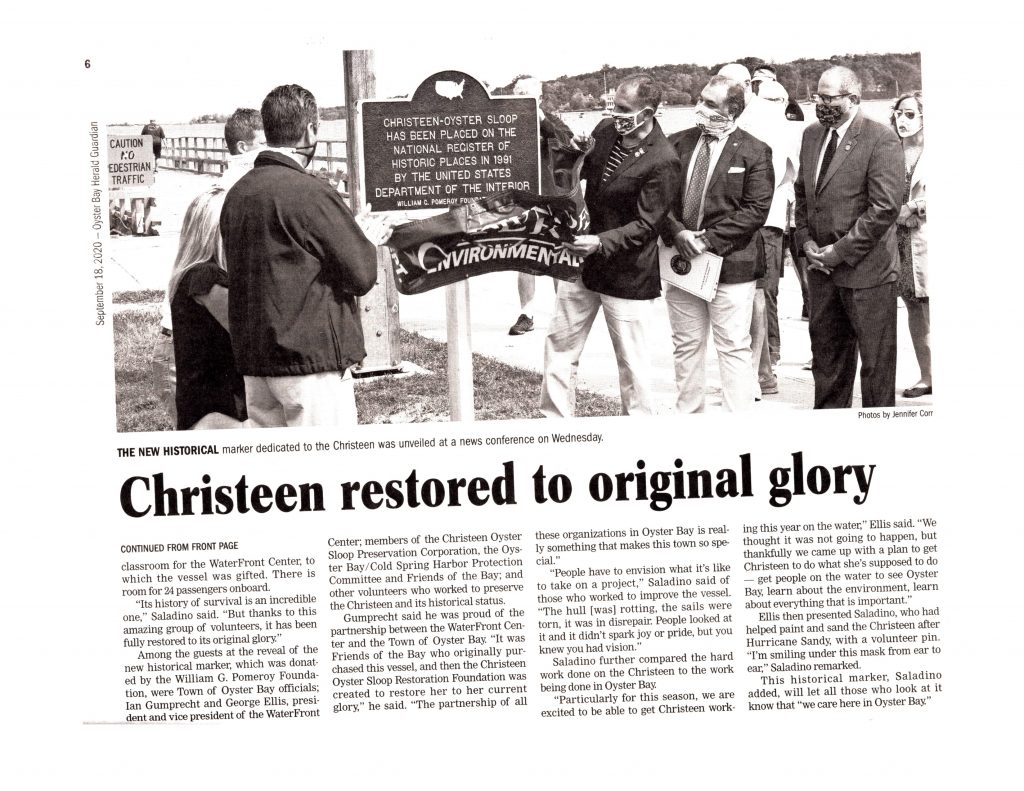 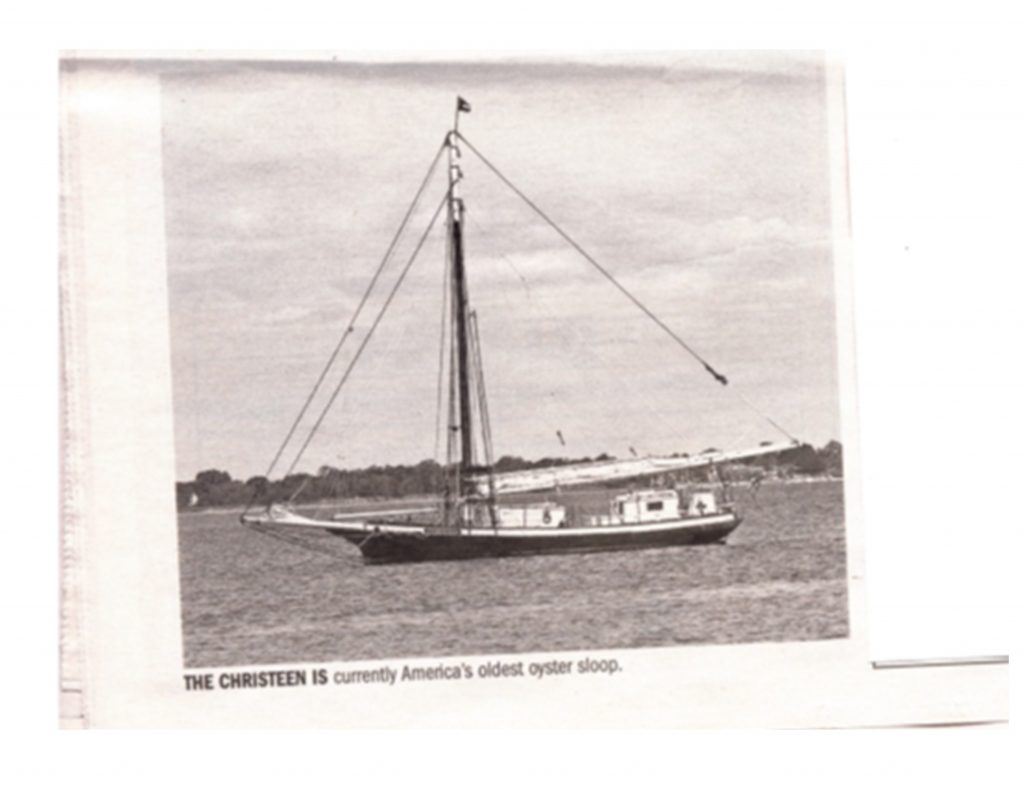 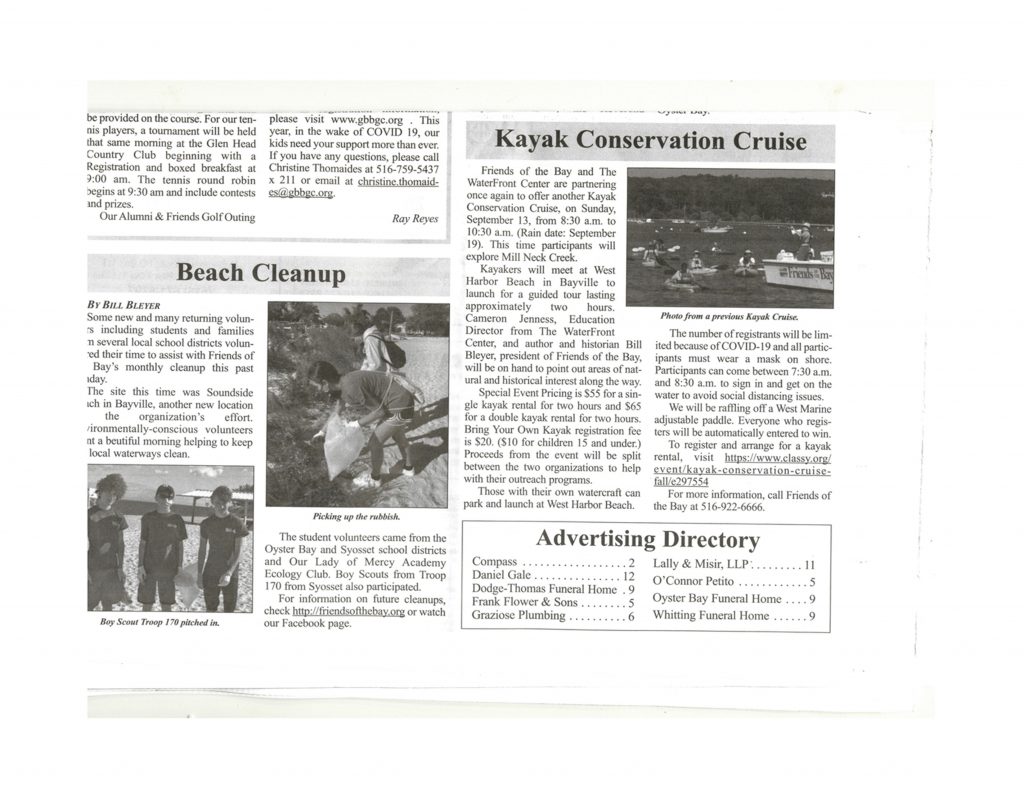 October 4, 2015- Brunch by the Bay Supports Friends of the Bay– Crescent Beach Club in Bayville

October 29, 2013– Superstorm Sandy Relief Efforts & Message from FOB to You!

August 8, 2012 – Verizon Fios Features Friends of the Bay Executive Director as a Hero for Long Island

In order to help protect and enhance the water quality of these two harbors and their tributaries in the most cost-efficient and effective manner, a watershed-wide inter-municipal committee was recently formed.  Sixteen (16) of the  eighteen (18) municipalities located within the watershed have so far agreed to join the committee, which is  known as the Oyster Bay / Cold Spring Harbor Protection Committee (OB/CSH PC). 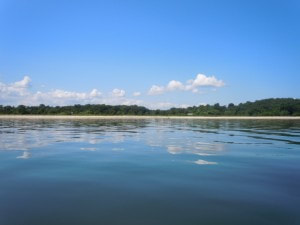 On December 27, the Centre Island Zoning Board of Appeals denied the applicants request for several variances that would have allowed for the building of a house on an environmentally sensitive Centre Island Beach.

The ZBA member that acted to protect the beach said there were several factors in her decision.  She noted that the entire parcel of land is below the 12-foot elevation required by the Village of Centre Island’s building code.  She also pointed out that the proposed septic system would be built on a beach situated between Oyster Bay and a tidal wetland that is regularly flooded.