The Cross-Sound Tunnel Project was proposed in 2018.
This page is currently archived for historical purposes.
Updated June 28, 2018 8:53 PM:

May 7, 2018
If you have lived through a Long Island Sound crossing proposal (or two) as a resident, you know it has been due in large part to the tireless efforts of local citizens that it has been halted.

One would think such a plan would not appeal to many – for the environmental impact alone. However, there are those who believe that the governor’s current cross-Sound plan would be a boon to the Long Island economy and/or serve as egress if needed. It was heartening to see that the meeting in Bayville last week, at which the plans for the crossing were laid out, was standing room only. If you were unable to attend the meeting, you have another chance next Wednesday, May 9, when the presentation will be hosted by the Incorporated Village of Bayville and Nassau County Legislators Josh Lafazan and Delia DeRiggi-Whitton at Locust Valley High School at 7:00 p.m. 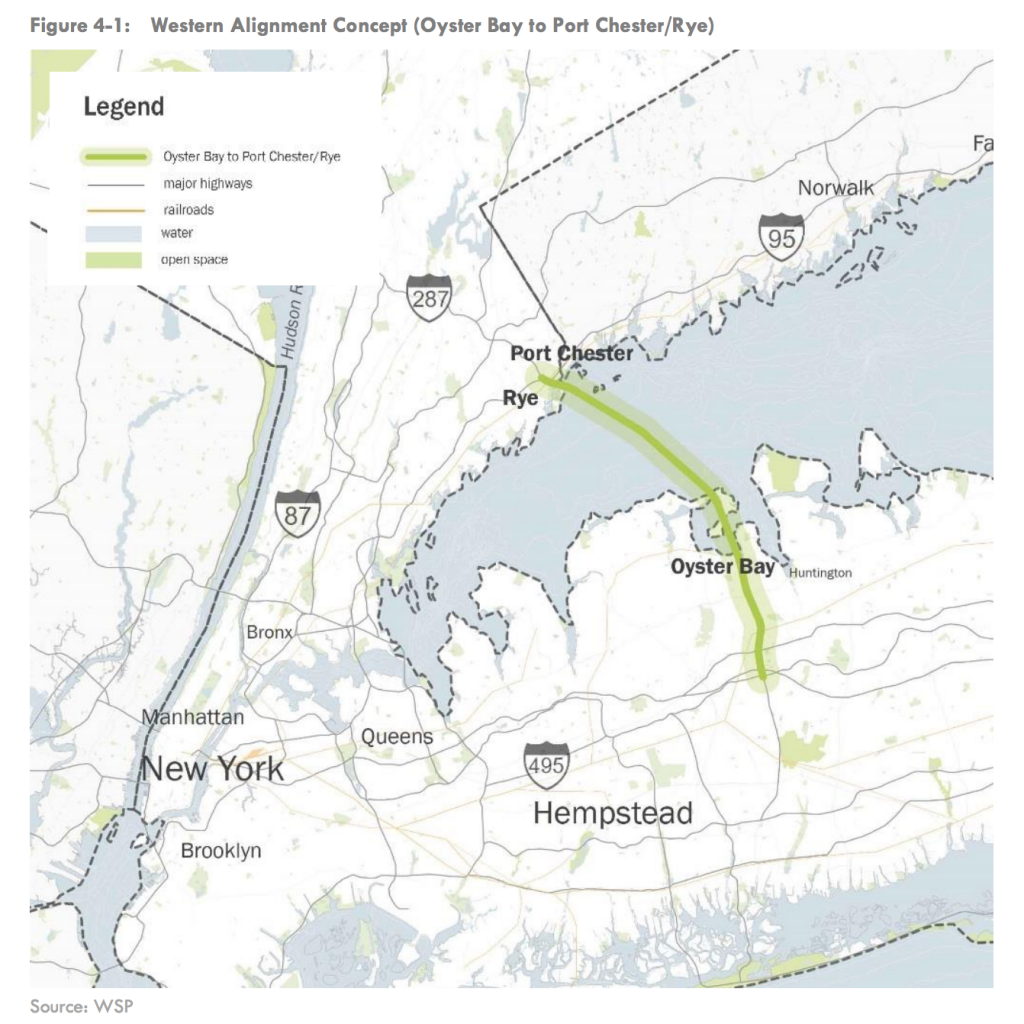 Friends of the Bay started a petition to Governor Cuomo a few months ago. If you have yet to sign it, you can do so by clicking here.

In addition, we are on the board of the Coalition Against an UnSound Crossing, a non-profit, non-political group that has formed to prevent the plan from moving forward. Stay tuned for more news on the Coalition.